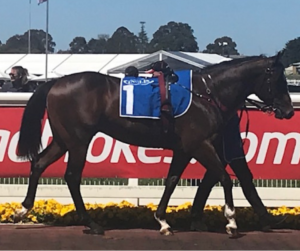 Showed potential and was identified by the stable as an early runner. Debuted in the Gr3 Debutante Stakes on Caulfield Guineas Day on October. Having won a Flemington jump out in good style, the stable considered he’d be the strongest of their three runners but got into a duel on the lead with the Darley colt Lanigera and knocked up running 5th, Hayes’s other runners ran first and second. Six weeks between runs (winning a qualifying barrier trial in the fastest time prior] Ancestry ran in the $200 000 Magic Millions Ballarat race. A win would of seen him head to the Gold Coast for the Magic Million 2YO Classic. He went into the race as strong chance but a wide barrier and failing to negotiate the turn, he ran last and was later found to be shin sore. Gelded and tipped out he will race again as an autumn 2yo.